How To Beat The Algorithms 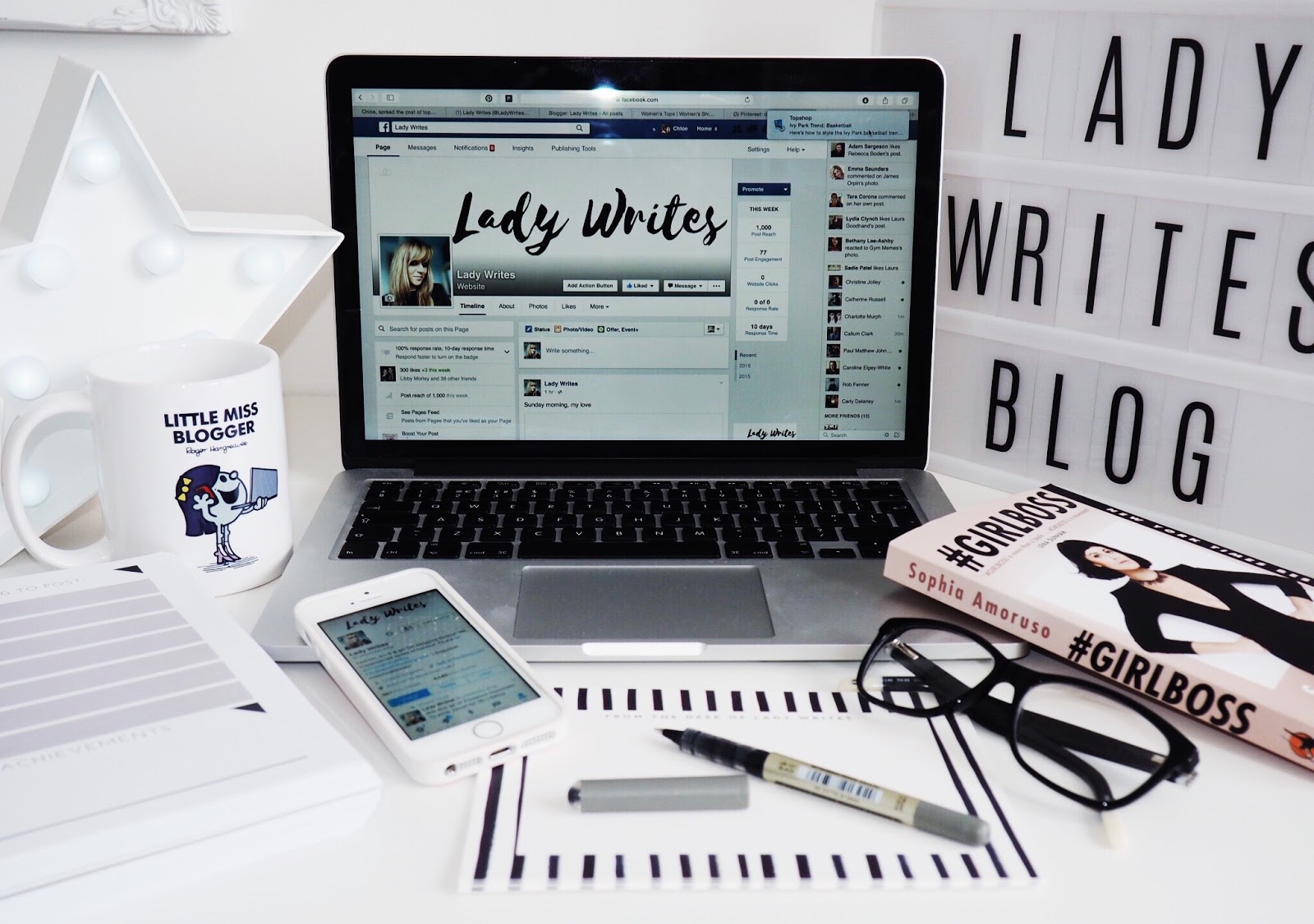 I’ve been spoilt for choice when it comes to my latest Blogger Series topic, especially seeing as there has been some major changes in the social media world recently. But the biggest change seems to be from the increasingly frustrating algorithms that are slowly being rolled out across every platform and making life online just so darn hard. So as a Social Media Manager and Freelance Consultant, I feel it’s my job to share with you guys, my lovely blog readers, what I share with my clients – how to beat the algorithms.

Firstly, in order to understand how to beat the algorithms themselves, you need to understand why they exist in the first place. To put it simply – social media is growing. Every day it grows. As a result of the sheer mass of people using social media, the platforms have to introduce algorithms to filter content. This is because if they didn’t, and we saw everything that should be in our news feed, then we’d have multiple posts to view per second…SECOND, not minute. We’d never be able to keep up. So the likes of Facebook and Instagram have taken it upon themselves to filter the content that we’re actually exposed to. This is based on multiple things – the content you’ve interacted with the most, the pages you visit the most frequently and the things you talk about and post about yourself. It’s all very ‘big brother is watching you’. And don’t get me wrong, just because I understand why there’s an algorithm, doesn’t mean I don’t find it as frustrating as the next person when my posts reach an abysmally small amount of people.

The dreaded ‘Turn On Notifications’ – DON’T.

The first thing I need to mention is the craze of ‘Turn on Notifications’ posts that do the rounds when a new algorithm is announced. DON’T do this. (Not just because it drives me crazy to see them EVERYWHERE) but because far from being beneficial, it’s actually detrimental to your following figures. Not convinced? Well firstly, think long term – a person may be a MASSIVE fan of your brand/blog, but after a month of constant notifications every time you post anything, they will be bored of their phone flashing so frequently. Unable to easily access the ‘turn off notifications’ button, they will just unfollow you altogether. Better to retain that follower and compete for space in their timeline, than loose their follow and their view altogether. Also, platforms see the same words, images and content being shared and they penalise you for it – meaning your posts actually suffer as a direct result of posting. Nada good to come from it. Plus, I hate to break it to you, but most people just won’t do it any way. 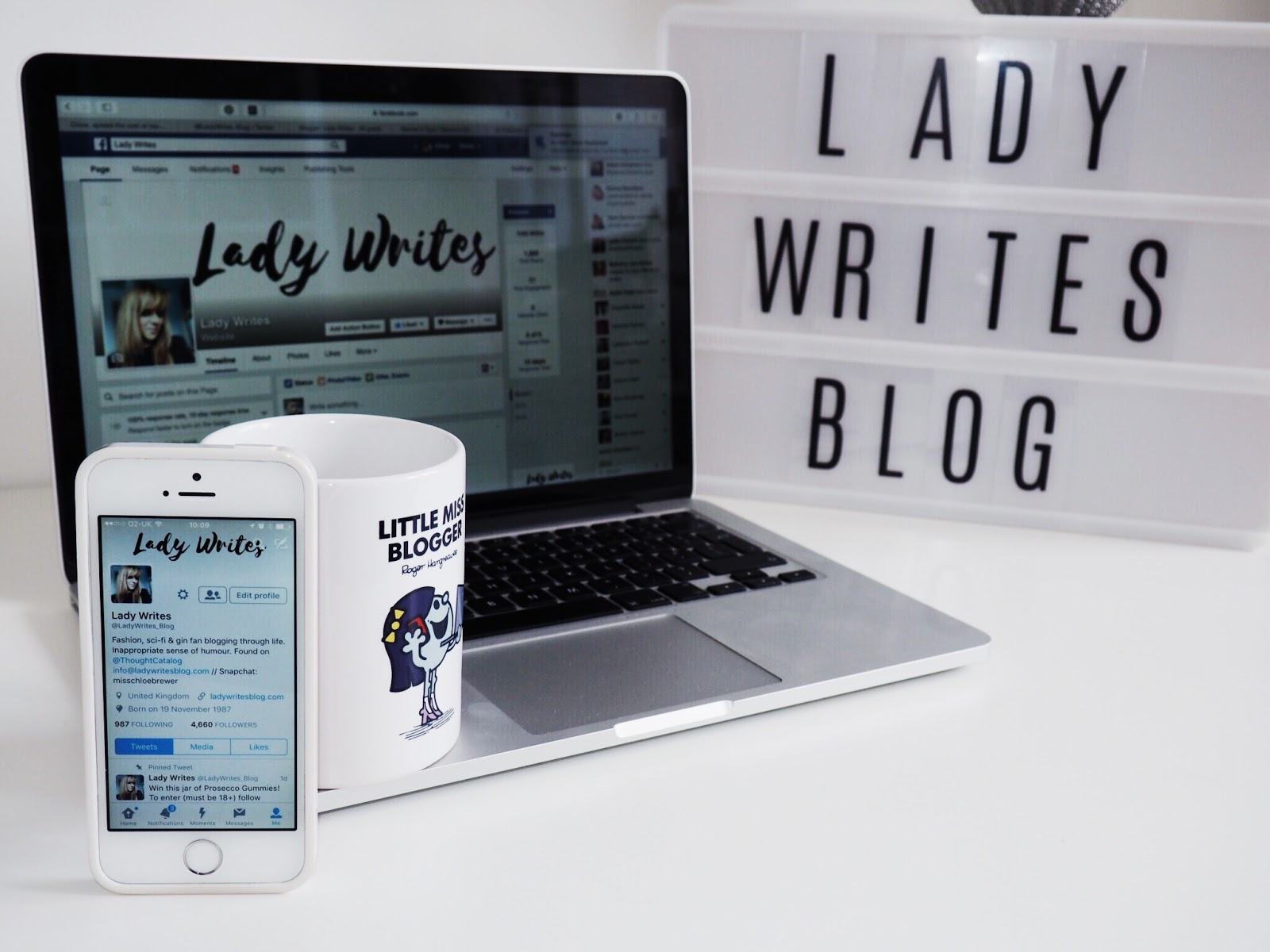 Specific ways to beat the algorithms by platform:

Having an algorithm isn’t new to Facebook users. It’s been around for years now, and is still as frustrating as ever, especially if you’re a brand or blogger. It’s also the platform that changes it’s algorithm the most frequently, in fact, I’d say it’s changing constantly. The key for beating the Facebook algorithm is to keep on eye on it’s changing trends. At the moment the latest trend is that Facebook are highly favouring video content. Whether it’s a video that’s directly uploaded to Facebook (this is the most favoured type of content by the algorithm at the moment) or an embedded YouTube clip – if it’s any type of video then it’s going to be shown to more people. Great for your vlogs and all you vloggers.

The second most important thing to note at the moment is that images are so last season (said like Cher from Clueless.) For ages now the best type of content was an image – with or without text alongside it. Now the algorithm has turned content plans on it’s head by making this the least popular type of content of them all. Even pure written content posts (only words) are now reaching more people than images. Just goes to show how one minute you can be at the top of you game, then next, kicked to the Facebook curb. So all those Instagram posts that people would click ‘also share on Facebook’ and would use to try and get around the algorithm, well, they’re not doing as well these days… 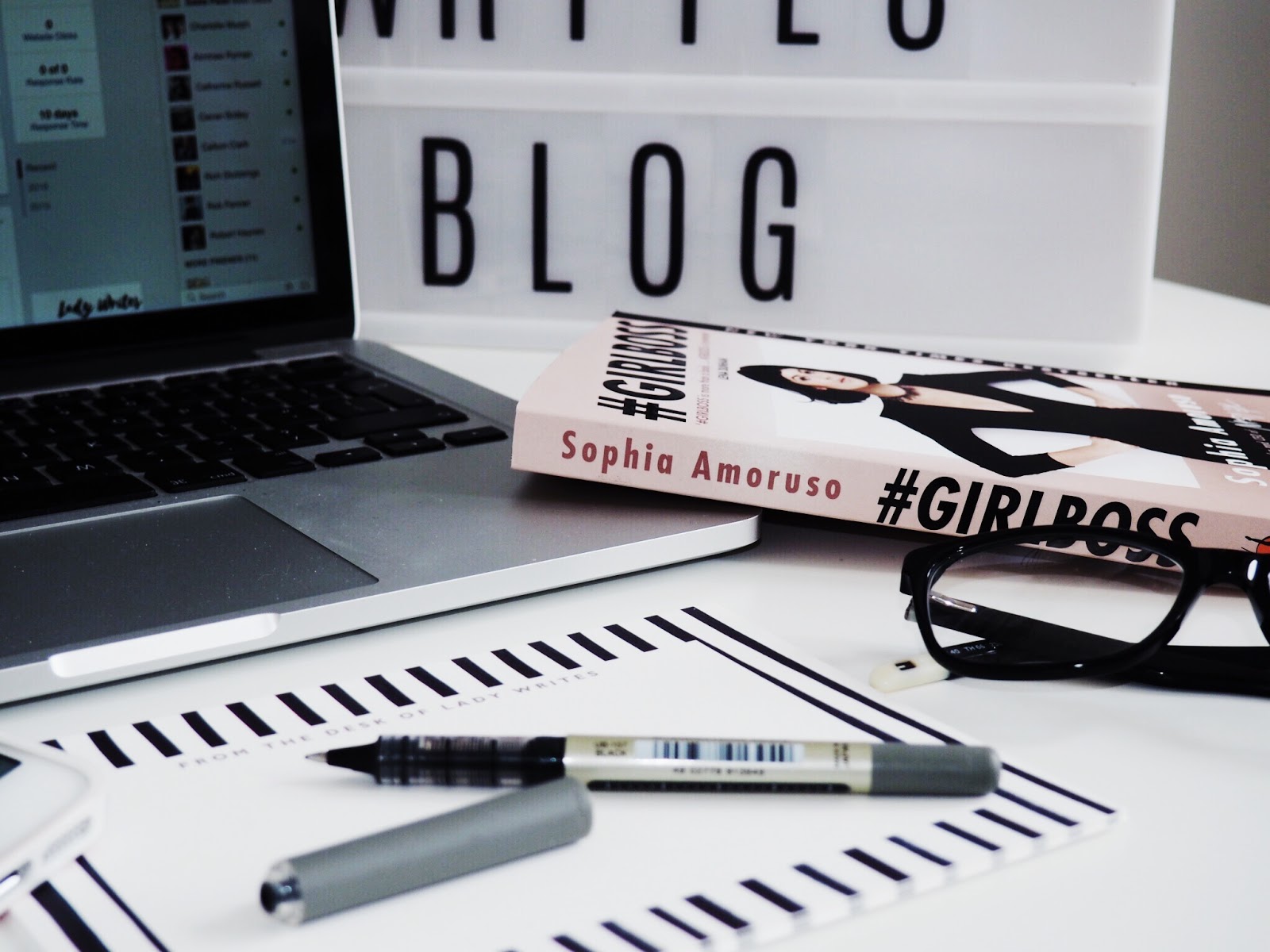 What this means is that after video content the next best type of post is a link post – great for us bloggers. It means when we’re linking to our latest posts, more of our followers are seeing this. It’s also great for directing traffic to wherever else you want it on the net. After this, the next best type of post is text only, and finally an image.

Knowing this seasons Facebook trend is key in making sure you can reach the biggest audience for your posts. Also, posting consistently is very important. If your Facebook page has 3-4 posts a week at different times, and it’s a bit all over the place, well, they don’t favour this. Make a schedule and stick to it – it’s easy to do on Facebook because you can schedule your content there directly, rather than through a third party management system.

A BIG key tip for getting around the algorithm on Facebook is that you can organically target a post. You don’t have to pay to boost a post just to do this now. This means that you can target a specific audience for all your Facebook posts – HOW handy is that? You can narrow down to male or female only audiences, and choose an age range at the most basic level, but on a deeper level you can choose their interests and hobbies too. Showing your posts to a relevant audience means they’ll engage more and so your reach will organically grow. See the infographic below to turn on this targeting, then all you need to do is pick your audience for each post as you go.<<THIS IS MY KEY TIP OF THE WHOLE POST!>> 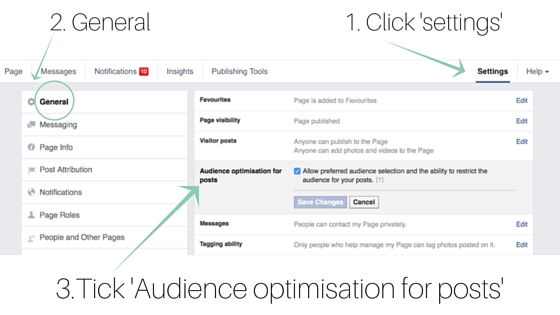 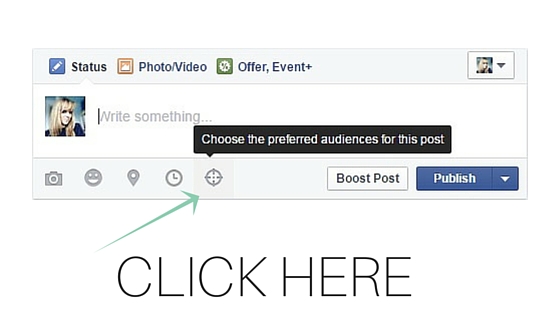 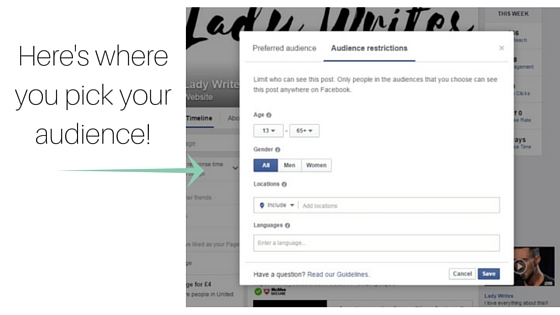 Here’s some other do’s and don’ts for beating the Facebook algorithm:

The most recent platform to roll out it’s algorithm, was Instagram, and we all sobbed. Was the panic worth it? Have you seen much difference? I haven’t either. Because factually not a lot will have changed for the majority of people. The second a person follows over 300 people or accounts on Instagram, their feed becomes filtered anyway. So the likelihood is that your content has already been filtered to your followers for a while now – if you have over 300 that is. 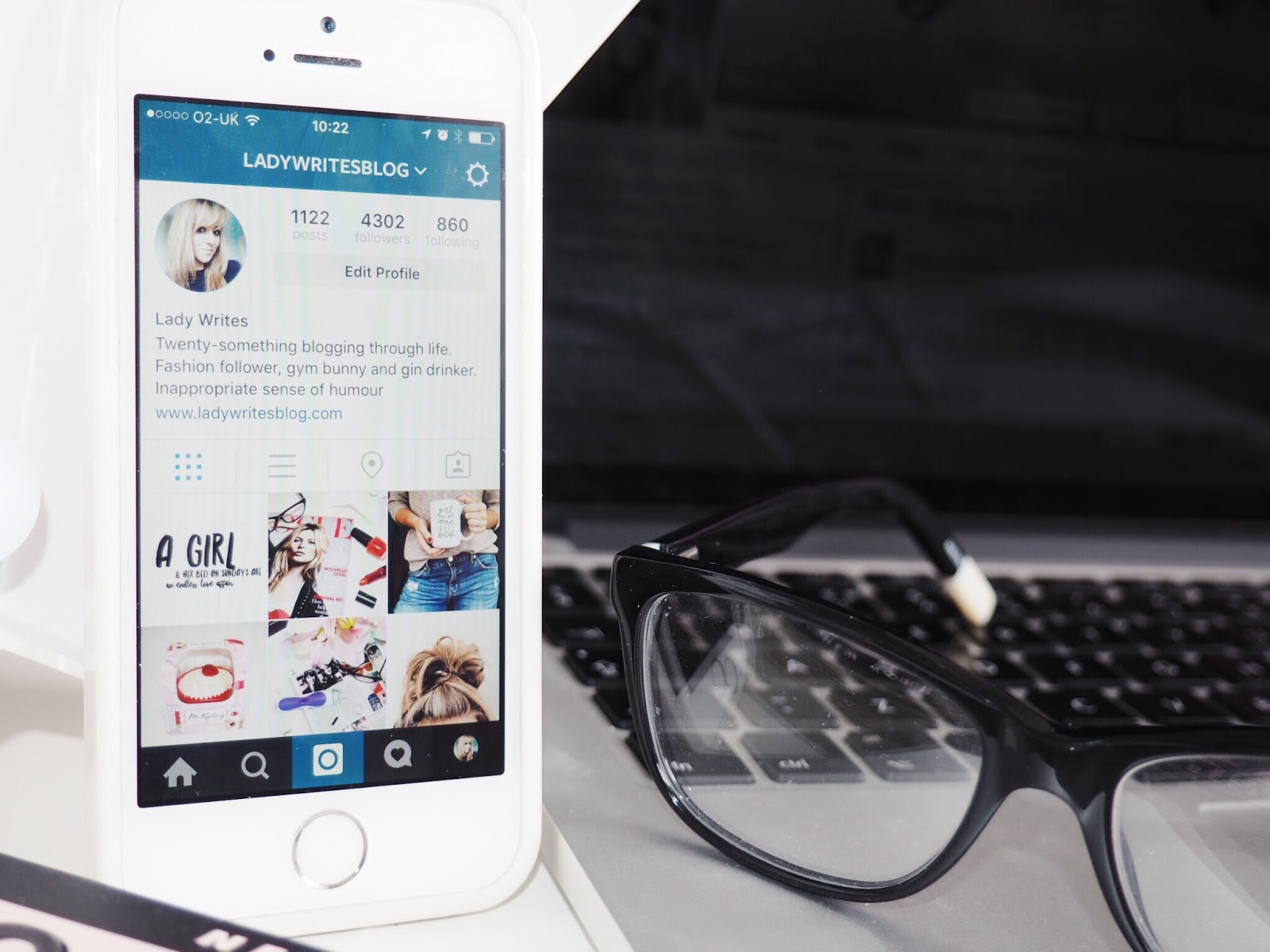 The main difference is that the algorithm means Instagram feeds are no longer chronological, or rather, real time. This is a real shame for me because the one thing I’ve loved about Instagram is that it’s real time. But lets not boo-hoo over something that’s already happened hey?! Now Instagram’s newsfeed will be based on other factors – most importantly post engagements and things that you, and  your followers have previously liked.

So how to get around this? It’s actually simple really – more simple than beating the Facebook algorithm. You need to be competing for engagement. Instagram doesn’t monitor reach, it’s purely engagement, so therefore you need your posts to be engaged with. That means upping your game in the content stakes. You do this by understanding your audience – why do they follow you? What do they want to see? If you’re a beauty blogger, your audience want swatches, pretty flat flays, beauty tutorials. They don’t want to see your ice-cream at the beach – as Insta worthy as it might be. You have to make your content fit the audience, not try and make the audience fit your content – because it won’t work and it will restrict your reach both in the short term and long term. That means it’s time to focus your content. I’ve had to do this recently and it’s been hard… I’ve not wanted to stop posting the pretty pictures and cute flowers etc. But ultimately, by targeting my content for my audience, my engagement will be better. Streamline what you show, as painful as it is.

Secondly hashtag the hell out of things. You can post up to (and not exceeding) 30 hashtags per comment – not per post. Pick relevant hashtags to your image and to your brand, you’ll soon learn the ones that work best for you and you’ll find that you will always have a trusty few hashtags that you use every time. This is effectively audience targeting and it adds longevity to your posts exposure. A well used hashtag means your pictures can forever be found – meaning it’s not unusual to log on and see likes on pictures from months and months ago – cool huh? My tip for this is to caption you image as normal when uploading. Then once live, add another comment with the hashtags. This looks neater and less cluttered and still has the same affect. 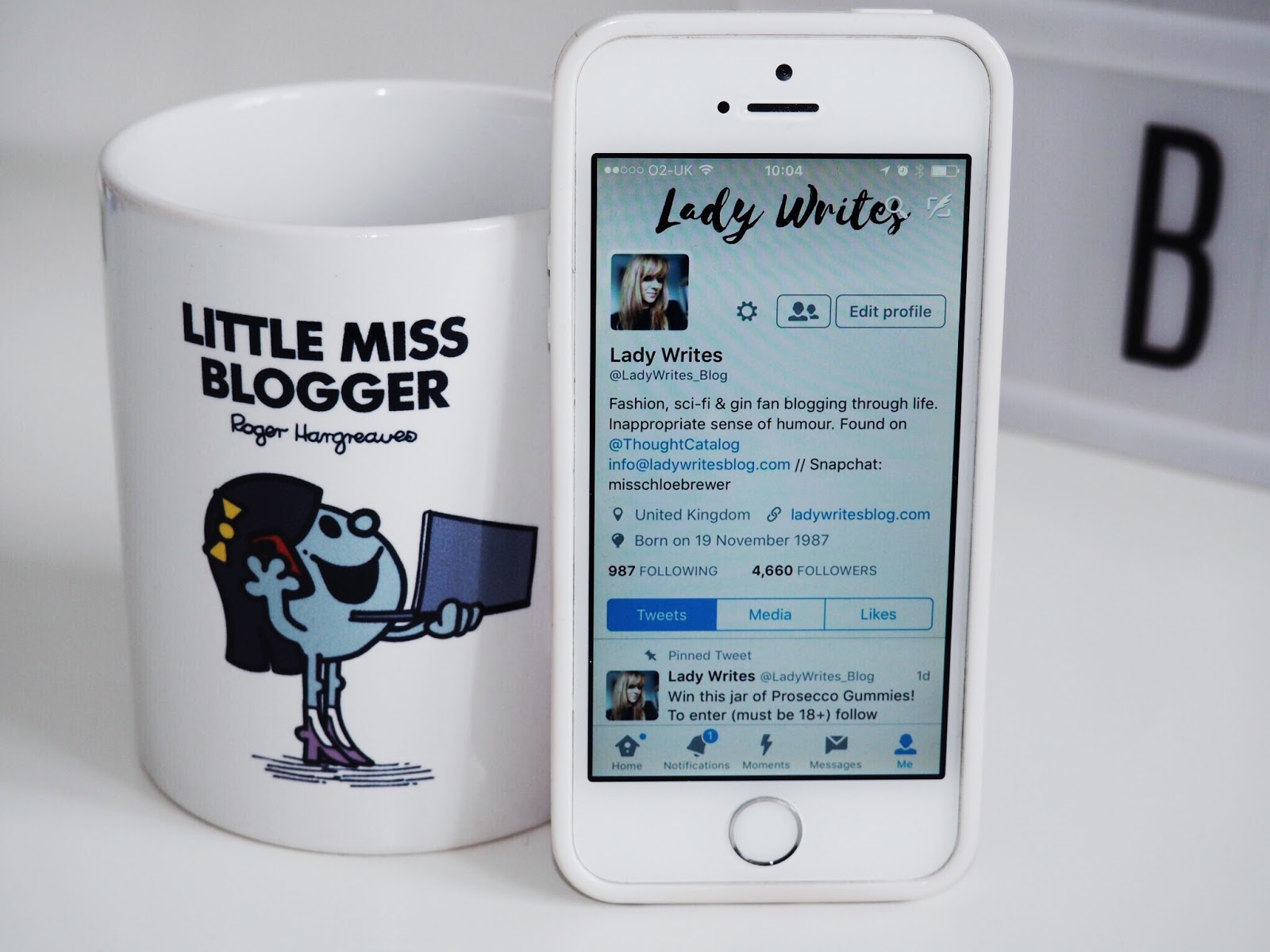 Instagram’s algorithm is still relatively new, so as I learn more, I’ll keep you posted for ways of beating it, with tips and tricks as I find them.

Although it’s not a new platform, a lot of money has been, and is being, invested into building this channel. That means they are planning for, and building the foundations for massive growth. How that happens, we won’t know until it arrives, but for now Snapchat remains one of the few social media platforms to show your content to 100% of your audience. As long as your follows want to see it, then it’s shown, there’s no if’s, but’s or maybe’s. If you haven’t set up an account yet, do it now. Snapchat is exploding right now and bloggers are hot on it, so don’t miss the curve. Tip: wondered why everyone posts their Snapchat Avatar – especially because they all just look the same? (That ghostly shaped figure) Did you know that by screenshotting a persons avatar and then logging on to Snapchat, you can scan the image and instantly they are added to your friends list – a bit like a posh QR code! Here, try with mine: 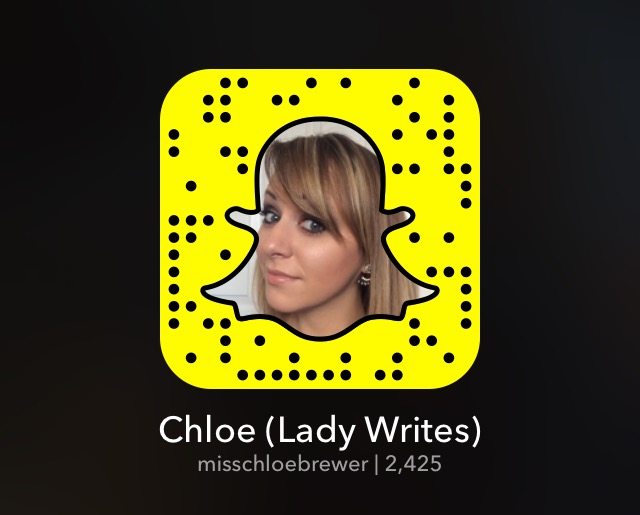 Part 2 of this post will follow in another instalment of #TheBloggerSeries – hope you’ve found some new insights here to help you beat the algorithms.

How I’m Getting Organised With A Bullet…